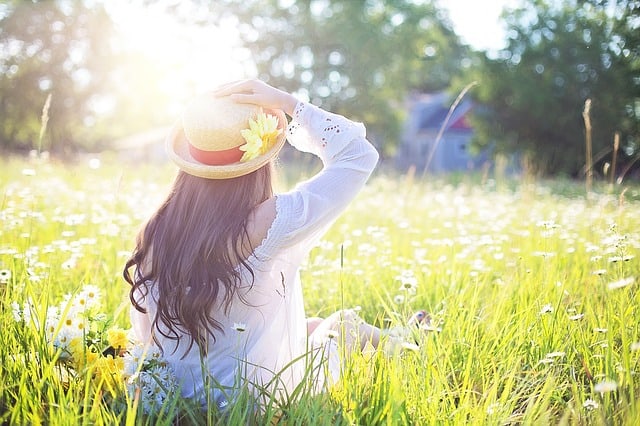 Along with making an excellent vegan probiotics supplement, Kimberly Snyder is also is a multiple-time New York Times best-selling author from her book series The Beauty Detox, and Radical Beauty, which was co-written with Deepak Chopra.

A few of Kimberly’s qualifications include:

Along with her books and her individual work, Kimberly also hosts a podcast, “Feel Good.” Additionally, she also owns an organic juice and smoothie bar in the Four Seasons hotel in Beverly Hills, Los Angeles, California- The Solluna.

As a certified nutritionist who specializes in working with celebrities, Kimberly has helped developed nutrition strategies for celebrities such as:

However, let’s focus on the Kimberly Snyder Vegan Probiotics.

As I already mentioned, there are multiple reasons to believe this is the best vegan probiotic supplement. So, let’s take a look at the ingredients:

Benefits of using the Kimberly Snyder Probiotics supplement include:

Kimberly Snyder probiotics are super to other vegan probiotic supplements for multiple reasons.

First, these are vegan probiotics. Many probiotic supplements are made from dairy, which is not optimal.

Instead, Kimberly Snyder probiotics are made from Soil-based organisms (SBOs).

The benefit of soil-based organism probiotics is that they closely reflect what is found in nature, and the way our ancestors obtained probiotics in their diets, which was through eating a small amount of soil found on wild or unwashed organic food that contains beneficial bacteria.

Not only are these vegan probiotics, but they are not probiotics made from cheap sources like corn or soy. Instead, they come from potent sources directly out of the soil.

Furthermore, the capsules for these probiotics are made of vegetable cellulose, unlike most other brands that use gelatin capsules, which are not vegan.

Along with the vegan probiotics in this supplement, there are other additional ingredients that make it a better vegan probiotic supplement. For example, it contains shilajit. I have used shilajit myself since it is natural in Kazakhstan, where my wife is from.

Although many people do not know what shilajit is, it is a powerful natural product, and a great addition to Kimberly Snyder’s probiotic supplement.

According to a study in Phytotherapy Research,

“Shilajit is a pale‐brown to blackish‐brown exudation, of variable consistency, exuding from layers of rocks in many mountain ranges of the world, especially the Himalayas and Hindukush ranges of the Indian subcontinent. It has been found to consist of a complex mixture of organic humic substances and plant and microbial metabolites occurring in the rock rhizospheres of its natural habitat. Shilajit has been used as a rejuvenator and an adaptogen for thousands of years, in one form or another, as part of traditional systems of medicine in a number of countries.”

Other additional ingredients include Turkey Tail Mushroom and Chaga Mushroom.

Reports of beneficial effects of Chaga mushrooms include anti-inflammatory, immuno-modulatory, and hepatoprotective effects.

Together, these ingredients the Kimberly Snyder probiotics supplement a great product!

I believe this is a great product, but it is not in the price range for everyone. If you would like to buy a more affordable vegan probiotic supplement, try Ora Organic Probiotics.

Along with the reasons I listed above, another reason to buy Kimberly Snyder Probiotics is that her brand Solluna is making positive changes to the world in more ways than one. Along with what I have already mentioned, Solluna is also committed to helping schools and children in the Los Angeles area, improving their ability to live healthily as well.

One of the biggest challenges for finding health and wellness help is knowing who to trust, and who not to trust. Kimberly Snyder has helped celebrities obtain results with their bodies, and the Solluna team has proven their techniques can help you live a truly healthy life.

Check out Kimberly Snyder on Instagram @_KimberlySnyder to learn more about her!