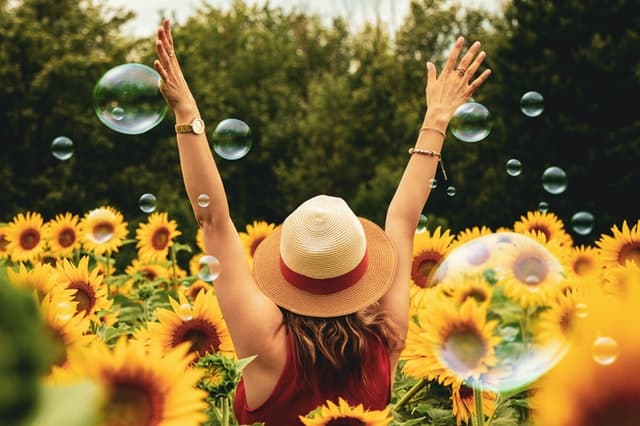 Nootropics are a class of substances that boost brain performance by altering the availability of neurotransmitters, enzymes, hormones, and oxygen to the brain, and stimulating brain nerve growth. Due to their unique abilities, many people buy and use nootropics for energy and brain performance.

Although you may feel intimidated or scared to use nootropics considering the definition I provided above, many nootropics are completely safe, and some are incredibly common (like caffeine).

Along with using nootropics for energy, people can also use nootropics to improve their focus, increase their motivation to do work, and enhance their creativity.

I will discuss more about this product below, but I believe the best nootropic supplement for energy that I have used is Cognitune NuClarity:

Let’s look at some of the best nootropics for energy and learn more about how you can use nootropics to improve your life!

You might not have realized you were using one of the best nootropics for energy every day, but caffeine is a nootropic and, without a doubt, the most commonly used nootropic. Caffeine works by blocking the adenosine receptors of the brain, allowing you to feel less fatigued and more energetic.

As I mentioned before, caffeine is the most commonly used nootropic globally, and it can be found in both natural and synthetic forms. Commonly consumed forms of caffeine include coffee, tea, pre workout supplements, and energy drinks.

For most people, an upper limit of 400mg of caffeine per day is tolerable, but you should be mindful to stop your caffeine consumption 6-9 hours before heading to sleep. If possible, don’t drink caffeine within 12-hours of heading to bed.

However, caffeine is a powerful and effective nootropic for energy, and you shouldn’t be afraid of caffeine consumption when you need a boost!

If you are a coffee drinker, my favorite type of coffee that I believe you should try is Puroast Low Acid Coffee.

L-Theanine is an amino acid that is most commonly found in green tea and a few types of mushrooms. L-theanine is very similar to glutamine on a structural level, which is a precursor to the neurotransmitters GABA and glutamate.

L-Theanine is usually sourced from green tea but is also naturally occurring in a certain mushroom species (Xerocomus badius) and two species of camellia (C. japonica and C. sasanqua).

L-theanine has become such a valued nootropic because it can provide relaxation without causing sedation. In addition, L-theanine also has stress-reducing capabilities and provides a modest improvement in attention span.

L-Theanine’s ability to provide relaxation while also improving the attention instead of providing sedation allows it to work well with many stimulants because it can take the “edge” off them and make them easier to tolerate.

For this reason, it’s often paired with caffeine.

One of L-theanine’s unique aspects is it easily crosses the blood-brain barrier. Due to that, you can feel the benefits quickly—typically within 30-40 minutes.

After it has reached the brain, L-theanine increases alpha brainwave activity, which helps provide that “alert relaxation” many nootropic users crave. L-theanine also boosts theta brainwaves and, in so doing, may increase creative ability and help provide relief from trauma.

L-Theanine also has proven neuroprotective capabilities. In one study, the compound’s ability to prevent neuronal cell death proved very beneficial for the elderly volunteers as it produced significantly lower cognitive function declines than a placebo group.

A great nootropic with a simple formulation of caffeine and L-theanine is Cognitune NuBoost:

Modafinil (also known by the brand name Modalert) is a wakefulness-enhancing agent occasionally referred to as the closest thing to the “Limitless Pill.”

Modafinil was initially designed to treat sleep-related disorders, yet off-label use has been rising in recent years.

Depending on where you live in the world, Modalert may or may not require a prescription for purchasing. For example, you can purchase Modalert online from various sources without a prescription, but you cannot buy it within the United States over-the-counter. In the United States, Modalert is only approved for the use of treating narcolepsy and a couple of other sleep disorders.

Although it acts as a stimulant in many ways, Modafinil doesn’t fall into that category.

For those of you looking for help managing narcolepsy, Modalert (also known as modafinil) is a common prescription medication.

However, there is quite a bit of information you should understand about the medication before using it. If you are looking for more information on drugs such as Modalert and others, Drugs Bank is a reliable source.

College students have found Modalert effective in helping to study for exams and increasing the amount of work they can finish when on a deadline, but the recreational use of Modalert is not proven completely safe.

As always, you should consult your doctor before using any dietary supplement or medication. Modalert use has many side effects, and you can dramatically affect your body with improper use.

The leaves of the ginkgo biloba tree have long been used in traditional Chinese medicine, and this is currently one of the top-selling herbal supplements in the US and other Western countries.

Ginkgo biloba contains natural compounds that increase blood flow in the brain and other areas of the body. Ginkgo biloba supplements are commonly used as limited research suggests they can reduce the symptoms of dementia, Alzheimer’s disease, and cognitive decline in older adults.

Ginkgo biloba is also believed to boost memory and cognitive functions in healthy individuals, although no conclusive evidence supports this.

The root of the ashwagandha plant has demonstrated medicinal value in limited research studies, and it has been used as a natural remedy for thousands of years.

Ashwagandha is one of the most effective adaptogens, which are herbs used to increase the body’s resistance to stress. Clinical studies have proven the efficacy of ashwagandha in reducing stress and anxiety.

In addition, one study found that ashwagandha may prevent cognitive decline associated with obesity.

Adrafinil is a manufactured chemical medication developed to treat sleepiness and fatigue due to sleep disorders. Adrafinil is a eugeroic compound that improves vigilance, alertness, mood, and energy.

Some people use adrafinil as part of their pre-workout stack for its ability to increase focus, motivation, and energy.

Because of its mild stimulant effect, adrafinil is often used as an alternative to caffeine.

However, you should be cautious with the recreational use of adrafinil and only use it if a doctor deems it appropriate.

Noopept is a synthetic medication developed in Russia as a treatment for memory disorders in the elderly, such as dementia and Alzheimer’s disease. While it is an approved treatment in Russia and some other countries, it is neither approved nor regulated in most of the Western world, including the United States.

There is little evidence that noopept works for healthy individuals, but many have used it as a memory booster, often combined with other nootropics.

Bacopa monnieri, aka brahmi, is an herb with medicinal uses in traditional Indian medicine (Ayurveda). It is often touted as a natural remedy for anxiety and different forms of cognitive impairment.

Studies show that bacopa can significantly improve cognitive performance, particularly for aging people. Besides its use as a mild general cognitive enhancer, bacopa has been used to treat ADHD, dementia, and other neurological disorders.

Huperzine A is an alkaloid naturally found in a plant called huperzia serrata (Chinese club moss). This compound has demonstrated neuroprotective properties, and it has been studied as a potential treatment for Alzheimer’s disease.

As a nootropic, huperzine A is taken to boost memory and other cognitive functions because it  decreases the breakdown of the neurotransmitter acetylcholine, which plays a key role in attention, alertness, memory, and learning.

Phenibut is a synthetic analog of GABA (neurotransmitter) that functions as an anxiolytic, sedative, and central nervous system depressant. It is an approved drug in Russia and a few neighboring countries, where it is used to treat anxiety, depression, insomnia, and other medical conditions.

In the United States and Europe, phenibut is not approved nor regulated, so consumers can legally purchase it over the counter. Many people use this drug to help them relax and sleep, but some experts warn of its addictive potential and withdrawal symptoms.

Rhodiola rosea is an adaptogenic herb that is widely used to relieve stress and fatigue. It has antioxidant, anti-inflammatory, and neuroprotective effects, making it a potentially effective natural aid for cognitive enhancement.

In addition to being used to improve mental performance, there is some evidence that Rhodiola Rosea supplementation may also improve physical performance.

Lion’s Mane Mushroom is a specific type of mushroom that has been around in most Asian countries, but specifically in China. The name comes from how it grows into its full size, as it looks like a white lion’s mane.

Lion’s mane mushroom is used in stir-fries and other dishes and dried for tea. Recently, it has become popular because of its potential as a nootropic.

It has been said that the lion’s mane mushroom is especially beneficial in the regeneration of cells in the nervous system. Nerve cells are the slowest type of cells to regenerate, and if they are damaged, it takes a long time to recover them. According to a study published by the International Journal of Medicinal Mushrooms, Lion’s Mane Mushroom can induce synthesis in nerve cells, known as “Nerve Growth Factor.”

Should You Combine Multiple Nootropics?

For a more effective nootropic experience, you can combine some of the best nootropics for energy to improve their effects. Taking multiple nootropics at one time is known as “stacking,” and many nootropic users do this.

If you are starting with nootropic stacking, you might have problems choosing what kind of compounds or herbs you are going to use. Some of the safest choices are already well-known combinations, like caffeine and L-Theanine.

If you want to try nootropic stacking, you should be very careful with what you choose to combine. Some compounds and herbs do not work well together, and some are even considered dangerous.

As I mentioned before, I believe the best nootropic supplement for energy is Cognitune NuClarity, which combines several nootropics into one supplement

As you can see, I have already mentioned many of these nootropics as the best nootropics for energy, which is why this is an effective product. I have used Cognitune NuClarity myself, and I found it very useful.

Another example of a nootropic supplement that has stacked various nootropics is Mind Lab Pro. 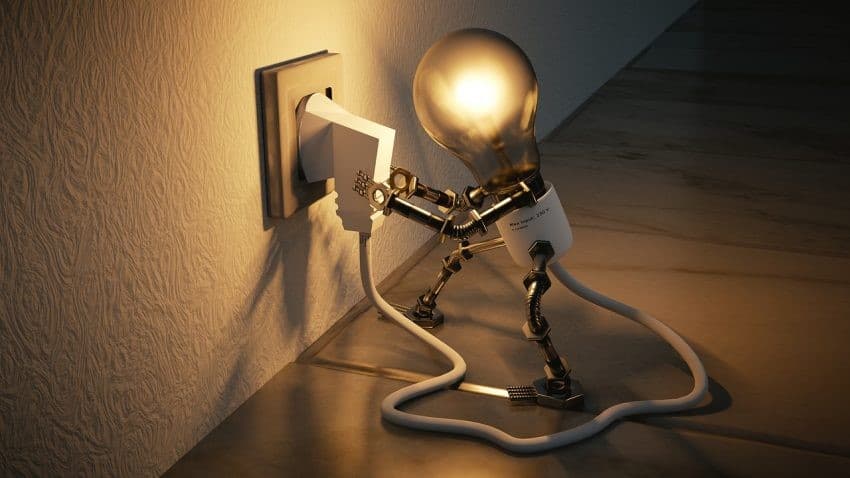 Using nootropics for energy is an effective way to boost your brain, but you still need to be careful about which nootropics you use and where you get your nootropics.

For more information on nootropics, you can check out the websites Nootropics Professor and Nootropics Review Nerd.