Contrast Shower Benefits & How to Do Contrast Hydrotherapy

Contrast showers are a simple, inexpensive, and effective way to speed up your recovery after working out and keep your body fresh. Not only are contrast showers effective for keeping your body physically fresh, but they can do wonders for your mental freshness as well!

As a professional basketball player, muscle recovery is essential for performing well and remaining healthy, so I have a lot of experience with various recovery methods.

I take contrast showers often because I know I will feel fresher and more lively every time I do. For me, this can make the difference between playing a good game or having a bad game, and it can also help me put in a bit of extra work to improve for the future. For you, taking a contrast shower could help reduce DOMS (delayed onset muscle soreness), so you aren’t in pain all day, or it could make you feel a bit more energetic throughout your day.

Keep reading below to learn more about contrast shower benefits and why you should utilize contrast hydrotherapy!

What is a Contrast Shower? 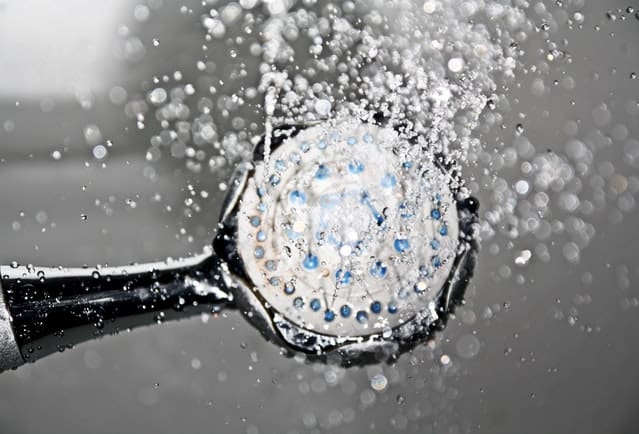 A contrast shower is a form of hydrotherapy during which the flow of the shower water is cycled between hot water and cold water, usually three to five times over the course of 15 to 20 minutes.

The temperature of the hot and cold aspects of your contrast shower can change based on your personal preference, but a general rule is that the hot water should not burn your skin or cause excruciating pain, and the cold water should be as cold as your shower will allow.

I believe the best option is to do three minutes of warm water and then two minutes of cold water for about 3-4 total “sets.”

You can do contrast showers as often as you would like, but I believe twice per week is a good goal.

It is simple enough to do contrast showers in my shower, and it only takes a little bit of mental toughness!

Check out a few of the evidence-based benefits of contrast showers:

One of the most prevalent and most important benefits of contrast showers is improving how fresh you feel. Whether you are worn down from work, exercising, your family, or any other aspect of life, contrast showers can reduce the weight of your days and help you feel fresher.

Cold water therapy alone has demonstrated positive effects for reducing feelings of burnout from work and reducing the number of absences from work, and contrast showers appear to have distinct benefits even compared with cold showers (Buijze et al., 2016). For these reasons, office workers may experience as many benefits as an athlete from taking a contrast shower!

If you are feeling worn down, regardless of the cause, taking a contrast shower may help a lot!

One of the main reasons athletes take contrast showers after a workout or day of training is that contrast showers effectively relieve delayed onset muscle soreness (DOMS) or general muscle aches.

The mechanism by which contrast showers reduce DOMS is not entirely clear, but it may be due to its ability to decrease lactic acid build-up. Although it does not directly affect athletic performance, contrast shower therapy has been shown to decrease blood lactate concentration (Hamlin, 2007).

Research has demonstrated that contrast showers reduce some markers of exercise-induced muscle damage, which can also account for the reduction of DOMS (Bieuzen et al., 2013).

If you feel especially sore the day after a workout, try a contrast shower to see if it reduces your soreness and helps you train at a high level again quickly!

Although research has not concluded whether contrast showers are better than other forms of active recovery, it has demonstrated that contrast water therapy is associated with smaller reductions and faster restoration of strength and power after training compared to passive recovery (Vaile et al., 2007).

If you want to recover as fast as possible from your training sessions, you might want to give contrast showers a try! 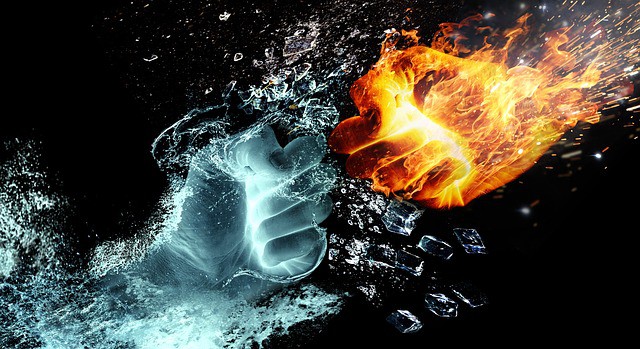 Contrast showers are a simple, cheap, and effective way to help yourself feel better and recover fast from exercise. I use contrast showers often as a professional athlete, and they can be beneficial for many people ranging from elite athletes to office workers.

Personally, I enjoy eucalyptus oil in my contrast showers the most. Essential oils have been used for years as a natural way to improve overall health.

Adding essential oils to your contrast shower is a quick tip for anyone who wants to make their recovery treatment slightly more beneficial without much effort.