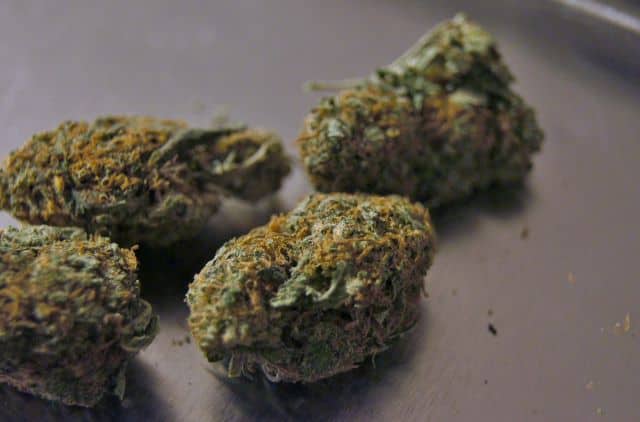 As the effects of marijuana legalization throughout the world continue to provide easier access for cannabis in a variety of forms, more and more people are beginning to use cannabis in some capacity.

Many other professional athletes and popular figures have begun to speak out about their use of cannabis, and the role of marijuana in sports, such as bodybuilding, has begun to become a polarizing topic.

What are the Effects of Marijuana on Bodybuilding? 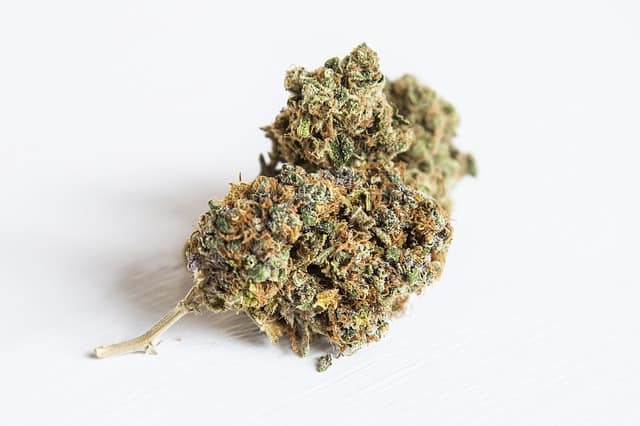 When it comes to bodybuilding, serious bodybuilders spend a lot of time, money, and energy pursuing muscle growth and achieving an aesthetic bodybuilding body.

If you are a bodybuilder who is interested in using marijuana or other forms of cannabis to impact your results, there are a variety of factors you need to understand.

First of all, it is important to understand the role of marijuana and your body’s innate endocannabinoid system.

Compounds in marijuana, CBD (cannabidiol) and THC (tetrahydrocannabinol) being the two main ones, bind to two main receptors of the endocannabinoid system

These receptors are CB1 and CB2. When these two receptors are bound by exogenous cannabinoids (which happens when you consume cannabis), several metabolic processes are impacted.

Now that you know a bit of the basics of what we will be discussing, here are a few specific relationships between marijuana and bodybuilding:

Is marijuana good for bodybuilders? First, let’s look at the impacts of marijuana on physical performance.

There are several studies showing that marijuana impairs psychomotor abilities. However, in these studies, researchers used very high amounts of marijuana.

For example, researchers at the Stanford Graduate School of Business found out in 1991 that the complex human/machine performance (participants were active pilots) can be impaired after smoking a moderate dose of marijuana, and that the user may be aware of its influence.

The studies on marijuana’s effects on the human body are still unreliable and insufficient for making a definite conclusion about the matter.

Unfortunately, there have been very limited studies done on the use of marijuana and physical performance.

According to a meta-analysis that was published in 2017 in the Journal of Science and Medicine in Sport,

“Only 15 published studies have investigated the effects of THC in association with exercise protocols. Of these studies, none showed any improvement in aerobic performance. “

However, anecdotal evidence of marijuana and physical performance tells a different tale.

Avery Collins, a Canadian ultramarathoner, describes running under the influence of cannabis as a “spiritual happening.” He says that instead of slowing him down, eating cannabis edibles before and after the race enhances his performance and experience.

According to Stephen Jackson, a known cannabis supporter and former NBA star,

As we can see, there are differing reports on the use of cannabis before training, and this likely depends on how you want to use marijuana and the intensity of the workout you are going to do.

Although runners may find that a certain amount of THC enhances their performance, what about muscle building? This leads us to marijuana’s hormonal effects, as testosterone and HG hormone are the main hormones that affect your muscle growth.

In 1976, a study published in the Journal of Clinical Endocrinology and Metabolism showed that administration of THC at a dose of 210mg per day for 14 consecutive days resulted in suppression of the hypothalamic-pituitary axis and a threefold decrease in HG hormone response.

However, two things make us question these study results: first, a 210mg dose per day is a huge dose, and second, the study is more than 40 years old.

People with a low-to-medium THC tolerance experience the effects of cannabis with a 5-25mg dose, while a dose of 80+ mg of THC is required by those with a very high tolerance.

Many other studies found cannabis users to have normal testosterone levels, in addition to normal levels of prolactin, luteinizing hormone, and follicle-stimulating hormone.

Along with this, smoking is not the only way you can intake cannabis.

There are many effective edible and sublingual cannabis products that are more beneficial for your muscles!

Whether using marijuana will boost or hinder your abilities as a bodybuilder likely depends on you, the way that you consume cannabis, and your own personal behaviors after consuming cannabis.

For example, as a bodybuilder, you’re likely careful when it comes to nutrition, as you need to consume the right amount and right type of calories.

If you consume marijuana and lack discipline when it comes to munchies (usually, people eat a lot of junk food and processed sugars), it won’t do you any good.

Contrarily, using marijuana or consuming cannabis concentrates after workout can make your rest days more effective, calm you down, lower stress, help you sleep better, and improve your appetite.

Whether you are just starting bodybuilding or you have been a bodybuilder for years, your own personal behavior will likely make the difference in whether marijuana affects your muscle growth or not.

I’ve touched on this a little bit already, but using CBD for bodybuilding is a much different scenario than smoking marijuana that contains THC. CBD is not psychoactive, and I personally use CBD products all year.

CBD can have many more positive effects for bodybuilding and bodybuilders because it does not cause the issues that smoking THC-containing marijuana does, and it has many beneficial effects for your body.

CBD reduces inflammation, reduces chronic pain in your joints, and is overall beneficial for your health.

Check out these CBD product reviews:

Concluding Thoughts – Bodybuilding and Marijuana Use

In my opinion, and based on the evidence in this article, when used responsibly, marijuana should not mess with your ability to build muscle or your bodybuilding goals.

In fact, if you are using cannabis products like CBD Oil, cannabis can even enhance your bodybuilding regiment!

Cannabis affects us all differently because we are all different. Enjoy the herb, but keep yourself disciplined, don’t let it affect your training and dieting plans, and you’ll keep building muscle.